Local governments in Northwest Oregon trimmed 440 jobs from March through May 2020 as the pandemic hit. Benton, Clatsop, Columbia, Lincoln, and Tillamook counties combined to trim 8.3% of their local government employment in those two months. Since then local government added back 380 of those lost jobs, but employment in May 2022 remained 1.5% lower than in March 2020. Although the complete local government ownership usually includes public K-12 schools, community colleges, universities and all tribal enterprises, this analysis excludes these to focus on only employment by county and city governments, public utility districts, fire districts, recreation districts, ports, and similar non-education, non-tribal public districts. 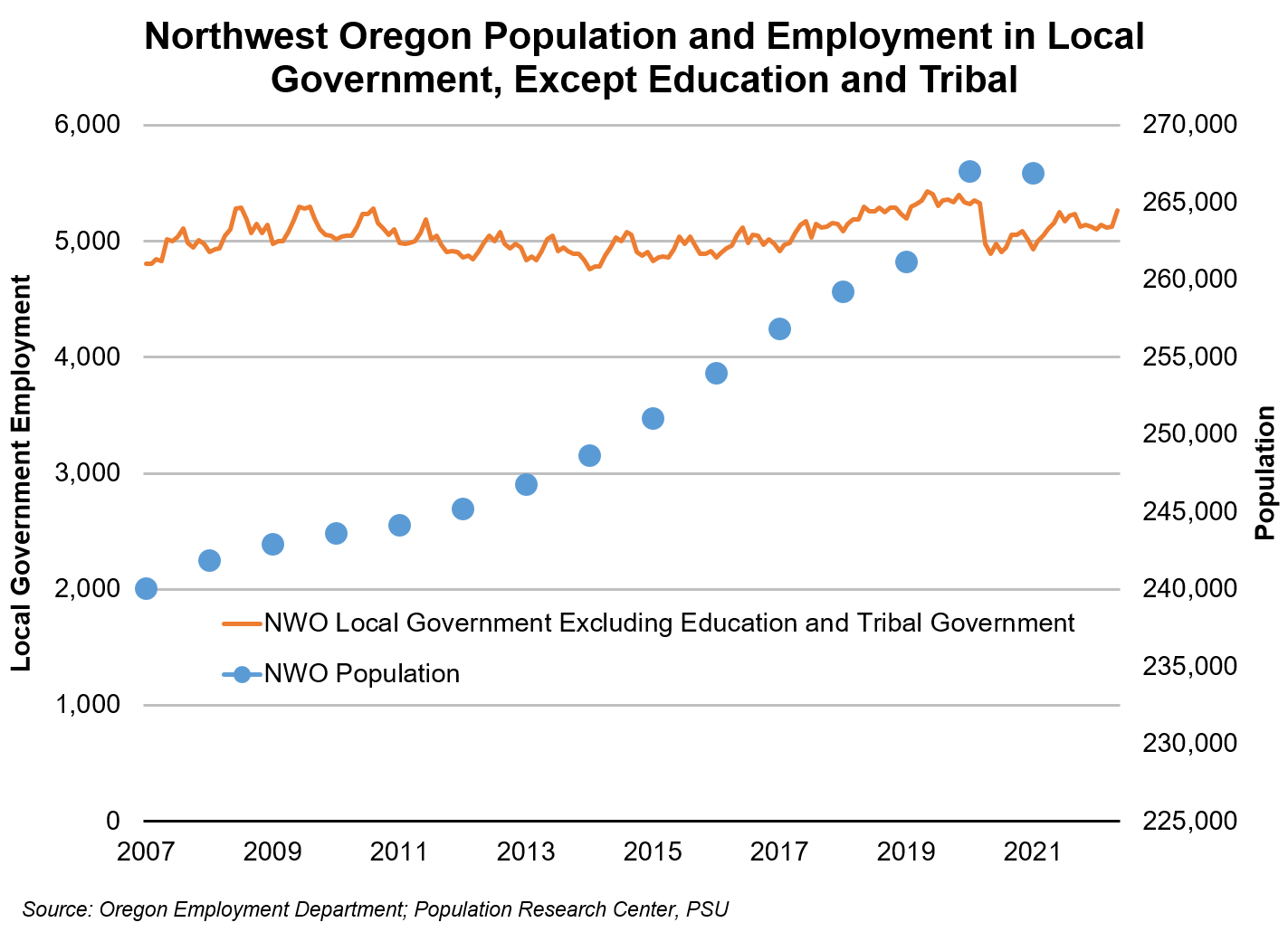 Proportionally, the biggest job losses came from parks and recreation districts and departments. Employment fell 58% in two months after March 2020 in these local government units. Public libraries took the second biggest hit to employment, cutting 26% of their workforce.